I assembled an impressive playlist for a show that i'm hosting on Saturday Nov 9 on Radio Campus, the free radio of the French university of Brussels, from 6pm to 8pm. The show will be called 'Secret Brussels'. It’s an independent playlist with some close ties and connections with Brussels. It's also an awesome list of ‘new’ albums from ‘new’ artists, who are mostly not widely known by the general public, but who are making groundbreaking music, sometimes already for years, without necessarily being noticed! Their music can be soft and hard. I could have easily filled up 4 hours with edgy and experimental music, but here’s a random selection of artists represented: Bjarni Gunnarson (of Einóma), Berangere Maximin, Pinhas Richard, Franck Vigroux, T/SMS, Gintas K, Emmanuel Mieville, Lucrecia Dalt, Dalglish, Linea Aspera, Una Lee, Okkyung Lee and many many more… Podcast will follow.

Posted by Peter Wullen at 9:51 AM No comments: 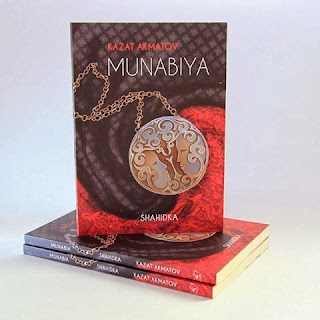 Kazat Akmatov is the National Writer of Kyrgyzstan, a Kyrgyz author writing in his own language. Although his work is still largely unknown in the West, and must be translated from Kyrgyz to Russian and then from Russian to English, Hertfordshire Press must be applauded for its mission to promote this author’s poetic brilliance, uniquely Kyrgyz literary style and exposure of Central Asian culture to a broader public. I myself am lucky to be married to a Kyrgyz girl. I don’t pretend to understand everything Akmatov writes but I do understand a little bit of this strange culture and that’s a good start! I was initially quite shocked by how familiar Akmatov’s written words seemed to me but I soon realized that his phraseology was exactly akin to that spoken by my wife. It made me appreciate that they belong to a hidden world steeped in ancient traditions , more than a thousand years old. What Akmatov describes lives on in the hearts of the Kyrgyz people, even though the majority now live in cities, leading ‘modern’ lives. I don’t think that the content of the stories is necessarily the most important feature here, but just like Manas, there’s this general feeling and emotion behind the stories, which are universal for the Kyrgyz people and express their true national identity. It is hard to imagine a society that still lives on the brink of the Middle Ages and still clings to such old values even if all of this is quickly being dispelled by contemporary means of communication! Take the short story ‘Munabiya’ for example. It’s a story about a remorseful son visiting his old widower father. The old man lives on his own in an aul or village in rural Kyrgyzstan. This is a tale about the ‘moral values’ of this small, closely knitted society. The story circles around concepts of ‘spite’, ‘remorse’, ‘complex family ties’, ‘family feuds’, ‘pride’ and most of all ‘respect for the dead’. Admittedly, the father is not totally innocent. He is not completely alone either. He is in fact surrounded by women who look after him. There’s the spirit of his dead wife hovering around. Then it seems that the father also had some sort of relationship with the woman Munabiya, who was considered a witch in her village. An affair that started some twenty years ago and went on till the old man died. There’s the jene , or auntie, the wife of his middle brother, who strongly defends the ‘family honour’, by keeping the feared Munabiya far away from the home of the old man. Her plans don’t work out because in the end his last wish is exactly that Munabiya would ‘sit by his body at his head’ at his funeral, which causes a terrible shock and angers the fierce and jealous jene. A family feud arises at the funeral whereby the jene blocks the entrance so that Munabiya cannot enter the yurt where the dead man lies. The aksakals or village elders, play an important role in solving this family feud. They intervene and decide that the last wish of the old man should indeed be honoured. Munabiya enters and finally earns the respect of the village by singing a beautiful siren song at the old man’s deathbed. I will not explain the whole story here. Suffice to say, it takes more than one reading to fully enter this world. It’s up to the reader to read and reread and discover the rest of the carefully woven threads of this family tragedy where not everything is said out loud. This is a beautiful story which moved me profoundly. If you want to get to the heart of the Kyrgyz people, I recommend that you look to the novels of Kazat Akmatov. You will be well rewarded!

Posted by Peter Wullen at 8:18 AM No comments:

'Society Rust Suns' is a new work by Tom Smith loosely based on the Una Lee + Peter Wullen soundpoem 'Incestuous Sisters'. It's a challenging piece. The sonic brouhaha continues for almost 10 minutes. Tom used excerpts from sessions he did earlier with Aaron Dilloway.

Posted by Peter Wullen at 10:15 PM No comments: 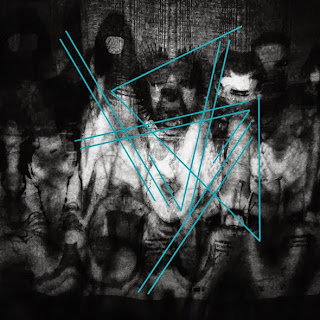 It took a long time, twenty years to be exact, but here he is finally resurfacing on the excellent PAN label! Chris Douglas aka O.S.T. aka DALGLISH, has been producing the most stubborn, singleminded, singular electronic music since 1993, a string of albums under different names on various underground labels. Until now he was mostly ignored by the rest of the music world. And indeed, this is immensely difficult and uncompromising music. But it's finally paying off after two decades. His new album under the DALGLISH moniker comes out on Bill Kouligas distinguished PAN label. Respect!!! I already had the chance to have a listen to the new album in its entirety! It's a quite a stunner. It is abrasive and at the same time it is DALGLISH at his melancholic best. The nice thing is that Douglas can be melodic on one track (listen to 'Venpin') and then change to almost abstract on the next track (see 'Noscrlu') and then back to the almost sweet with 'Viochlm' or the cosmic weirdness of 'Out_Kutzk' or 'Sclunt'. It's a well balanced and varied album that showcases Chris' talent with a lot of different moods. I can already tell you that the first track on the b-side, the glowing track 'Ciaradh', which was also included on the Bill Kouligas' PAN mix on XLR8R, pulls the album completely open with its glorious sound and is one of my favourite tracks of the last months. It's about the best music you will hear this year! The album 'Niaiw Ot Vile' has been mastered by Rashad Becker and you can hear that... The sound is crystal clear and ultradeep with a lot of space for sonic details. We are very f**** excited about this release. Ha!!!! The world will finally hear.

Posted by Peter Wullen at 8:25 AM No comments:

'Ressac' from 'Prisme', by Franck Vigroux.

'Prisme' is the new long awaited album by French experimental musician Franck Vigroux on D'Autres Cordes. It's an all together different beast than his excellent album 'We (Nous Autres)' that came out a couple of years ago. The fierce 'We (Nous Autres)' was the sound of souls consumed by fire. 'Prisme' is the crackling of smouldering ashes and buildings collapsing after that devastating fire. Listen for example to the first track of the album 'tesla', 15 minutes of noise and silence, noise and silence,... The second track 'ressac' features electronic beats as heavy as concrete blocks falling on your head. My favourite track is the claustrophobic 'capsule', that ends the album. Totally awesome!

Posted by Peter Wullen at 11:32 AM No comments: